Hey Coaches, this is the reason Steals and Saves were added to this show -- so why are you wasting them? “The Voice” slides into its second.. 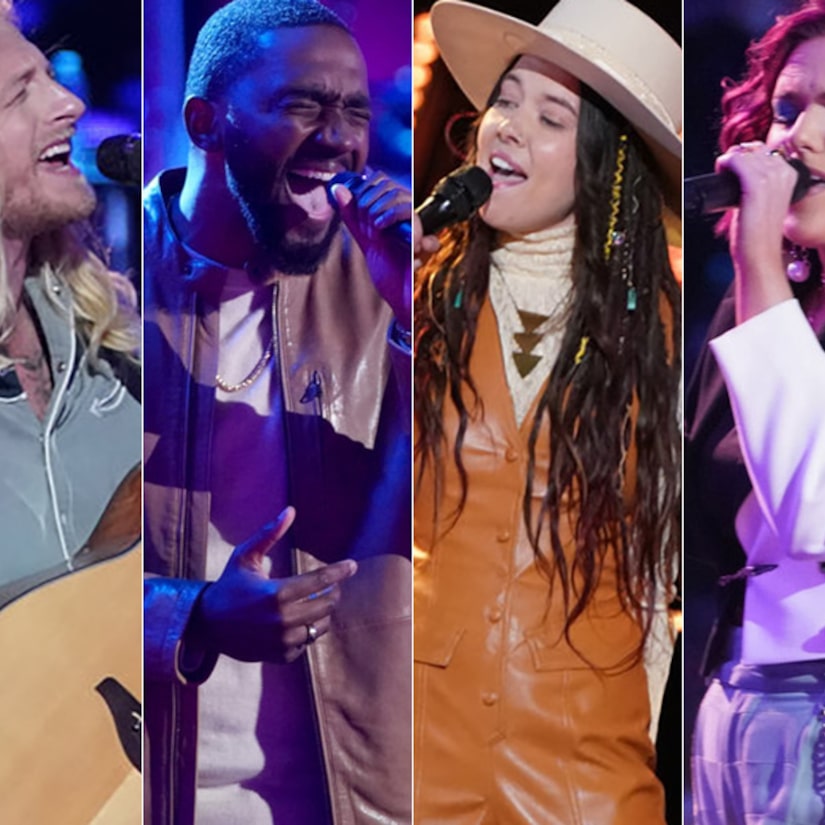 Hey Coaches, this is the reason Steals and Saves were added to this show -- so why are you wasting them?

“The Voice” slides into its second round of Battles and once again, we’re left seething and scratching our heads.

This week, we saw inexplicable Saves and Steals used for people who were just so-so in comparison to some of the talent this season -- and then they let two incredible artists walk away, including the absolute strongest singer of the night.

Were their buttons malfunctioning? First you let Awari go, and now--

Can we launch “The Voice Rejects” and bring back some of the incredible singers these Coaches keep letting go week after week? This is why the Saves and Steals were added to the show, to fix the mistake of pairing the wrong people together!

It wasn’t all bad news, though, as there was some incredible talent sliding through, as well as some amazing duet performances. Team Kelly delivered an incredible take on a Fleetwood Mac classic, while Team Nick took us to Broadway.

The contestants were one again helped by Darren Criss, Luis Fonsi, Brandy and Dan + Shay, while Kelsea Ballerini sat in for Kelly Clarkson. She was at times texting madly with Kelly to make sure she was making the moves her boss would make.

We still don’t know why Kelly wasn’t video-conferenced in. The audience is, so why not a single wayward Coach? We've had a year to perfect this technology. If it works for virtually (get it?) all of America, why not Kelly?

And just for fun, I'm going to rank the performances from worst to first to see who my favorites are, and then see how well they do as the season progresses.

(Team Legend - “you broke me first,” Tate McRae) For the record, in a singing competition, it’s not super helpful to only show us a portion of the performance and have that portion be the two competitors harmonizing. They gave us absolutely zero to work with here to see if we agreed with the ultimate decision. They both sounded great on what we heard, so … yeah. How about a little less chit-chat and maybe at least a full 30 seconds of singing next time?

(Team Blake - “10,000 Hours,” Dan + Shay & Justin Bieber) This song was definitely more in Emma’s wheelhouse, but Cam stepped up and made it his own without losing any of its country music roots. He also brings so much more to the stage in overall performance. His vocals were exciting and unexpected at times, while Emma just sang it. She sang it well, but going head to head with an artist interpreting it through his perspective, she definitely came up short.

(Team Kelly - “Thinking Out Loud,” Ed Sheeran) We weren't in love with Gihanna’s choice to ride so far behind the beat at the top, but she settled into a beautiful tone that was selling the message of the song beautifully. A short run later hit a few shrill, off notes and really disappointed, because at that point, she had Halley on the ropes. Halley felt a little overwhelmed by the power of the song -- which is not a power driven song -- as if she was trying to have the size of voice Gihanna has rather than just sell the intimacy of the message, which is her strength. Ultimately, Gihanna had a far more successful overall performance.

(Team Blake - “Calling All Angels,” Train) This song definitely leaned in Jordan’s favor, and he took that advantage and ran with it. On top of that, despite pushes from Blake and Dan + Shay Keegan was still performing way too small for the big stage while Jordan was belting and showing us that natural grit in his voice. We believed what he was singing and felt the power behind it. Keegan’s voice was pure and clean, but didn’t have quite the punch to really compete or sell this song convincingly. He definitely lost the battle of stage presence, that Keegan clearly still needs to work on.

(Team Nick - “Rewrite the Stars,” from “The Greatest Showman”) Another tight battle, we have to give credit to Lindsay for overcoming her fear of her lower register. In truth, she actually pulled it out a little more successfully than Zae, and then that continued throughout the song. He didn’t even push to meet her at the highest note. Zae felt a little unsure of himself throughout this piece, while Lindsay was just showing off her incredible range and her theatrical storytelling ability, which is so natural and believable. She definitely took the edge on this one.

(Team Kelly - “Dreams,” Fleetwood Mac) An incredible pairing, Cory and Savanna did indeed sing as if they were destined to form a band together, as Kelly pointed out. Corey offered a more straightforward vocal delivery, while Savanna made more interesting choices. But both were absolutely stellar in what they delivered … and those harmonies were to die for. Neither was stronger than the other. Honestly, we can find nothing to really critique about either performance. Corey has such a listenable voice that sits easy on the ears, but Savanna is so intriguing, you kind of want to see where she’ll take the next note. For that, we’d probably give her the edge -- and then save Corey!

(Team Legend - “Emotion,” Bee Gees [as performed by Destiny’s Child]) There was not a weak point in this battle from either party. Both of them came at it like seasoned professionals, delivering beautiful harmonies, rich textures, all the power we could need, storytelling and just all of it. Zania has a great stage presence, so she probably emerged a bit ahead on that front, but Durell has a few more vocal tricks in his bag which is enough to give him the slightest of edges. He uses his falsetto with confidence and perfection. They're so very close. And bonus props to Chrissy Teigen for helping John pick an incredible song for them to tackle. So how is it that no one snatched up Durell when he lost? What a huge loss for the show!

“I particularly love how little reverence she has for Blake Shelton.” --John Legend (about Kelsea Ballerini)“You do have a heart, after all.” --Nick (to Blake after he saved Emma)“Does he, though?” --John“Look Blake right in the eyes. I know it’s not fun to do. He’s not fun to look at.” --Shay“That upper range was just pinging out, and it can’t be because of the Coaching.” --Nick (to Keegan about Blake)“Despite the Coaching.” --John“Oh you guys match. The Jonas sister.” --John (to Savanna)

“The Voice” continues Mondays at 8 p.m. ET on NBC.

Did you miss our previous article...
https://freshcelebrities.com/hollywood/jimmy-fallon-invites-viral-tiktok-dance-creators-on-show-after-addison-rae-controversy