His Make-A-Wish dream was to sit in the audience at a taping of The Voice, but due to Covid they weren't able to make that wish come true. .. 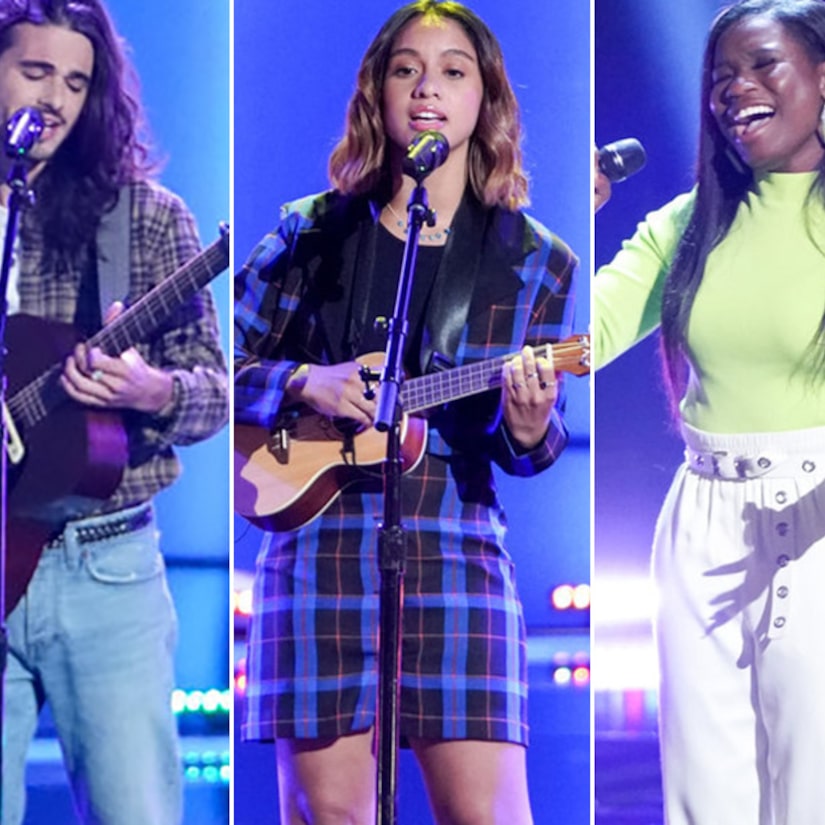 His Make-A-Wish dream was to sit in the audience at a taping of "The Voice," but due to Covid they weren't able to make that wish come true.

With the new fall season picking up steam, NBC’s Tuesday edition of “The Voice” was trimmed back to an hour, which meant two singers really got short-changed in their edits.

Honestly, we’re not sure why we spend so much time with singers that don’t make it onto the show if we’re going to have to cut down some that do to only a minute or so. Especially when one of them has a story as compelling as “The Voice” being his Make-A-Wish dream.

We also saw one of the most Italian contestants this show has ever seen -- proudly from a huge family on Long Island, and understanding the importance of the sauce and that togetherness around the table. Even fellow Italian Ariana Grande could only say, “Yeah you are,” when Bella DeNapoli said she was an Italian from Long Island. With that name? Of course she was! But would Team Ariana be her fate?

The night featured some great and unique interpretations of songs from artists like Mike Posner, Dainty Kane, Tori Kelly and some newcomer named Ariana Grande. Yeah, it’s a bold move, but this guy was willing to take on the daunting challenge. Did it pay off?

Before we can get to any of what’s new, we have to wrap up some unfinished business from Monday’s show. For some reason, the show decided to end with a dramatic cliffhanger. Okay, maybe “dramatic” is a bit … dramatic of a word to use here.

They basically showed us Holly Forbes’ incredible audition where she took Elton John’s “Rocket Man” to new heights. We saw her earn a 4-chair turn, with Ariana deftly blocking John along the way. We then saw the Coaches fall all over themselves gushing about how great she was and then she chose--

Yeah, so that’s where things had to pick up before we could move onto anything new. So, here’s a quick reminder of what we wrote last night, now with her actual Team selection!

Idina Menzel Believes She Should Have Played Lea Michele's Sister, Not Mom, on Glee

(30, Catlettsburg, KY - “Rocket Man,” Elton John) Ariana was quick enough on the trigger this time to block John, and she picked a great time to do it -- though she may have had an edge over him anyway because of the power in her own voice. Holly is an absolute powerhouse, reminding us with one note (that almost knocked Kelly and Ariana out of her seats) of Keeala Settle on “This Is Me” from “The Greatest Showman.” It had that same raw power and grit. But mostly, she sounded like her own artist, taking Elton John, of all incredible artists, and making it fully her own. It was one of the best all-around auditions of the season -- and among the top all time. With her daughter a huge Ariana Grande fan, was her decision foregone?

Okay, with that out of the way, it’s time to get to the business at hand, with more Blind Auditions and no more Blocks to complicate things. From here on out, the Coaches need to sell their way into convincing someone to pick them -- just like in the good old days.

Fair warning, since I'm safe at home, I'm probably going to be a little harsher than my colleagues Kelly Clarkson, John Legend, Ariana Grande and Blake Shelton. And just for fun, I'm going to rank the performances from worst to first so we can see how my favorites do as the season progresses.

Fox Launching 'Real Dirty Dancing' Special with Brie Bella, One of the Backstreet Boys and More!

(19, Pell City, AL - “Mercy,” Brett Young) Berritt got short-changed on the edit, but what an incredible Make-A-Wish moment for him. His wish was to just come and be a part of the audience, but Covid shot that down, so his mother sent in an audition tape of him singing. From the brief line we heard, we’re not sure it’s quite what it needs for him to win a competition like this, but we can’t even imagine how exciting it all is for him to have his wish of watching the show become being on the show, and we couldn’t be happier he’s living out this dream.

(22, Wingate, NC - “Angel of Mine,” Eternal [as performed by Monica]) We thought this was a lot shakier and inconsistent than Kelly and John, though we will admit she was clearly rattled when they both turned for her. She has a rich texture to her voice and there is something compelling about how direct her homage was, but it also sounded a little amateurish to us (quality amateur, but lacking a signature vocal sound), as if she wasn’t quite ready for this level of competition.

(22, Quarryville, PA - “Never Enough,” “The Greatest Showman”) While Kayla was tackling a huge song that most singers pull right from their souls, we seemed to only be getting a surface exploration of who she is as a singer and artist. The tools are there, but she never really opened up, reached into her diaphragm and really poured anything into it. It was clinical and pretty, but lacked any real heart. She was clinically strong, but needs to learn to let loose and just live in the moment.

Mila Kunis Gets Herself Into More Hot Water Over Bathing Controversy

[[see Berritt Haynes above for video]]

(25, Heath, TX - “Brown Eyed Girl,” Van Morrison) Clint got just a few lines in with the short edit he got, and we heard a soulful, earnest take on this classic rock track. There was a sincerity in what we heard as well, telling us that on the right song, he has the tools to connect with a lyric and project that to the audience. He could be a dark horse -- we just don’t have enough information yet.

(21, Long Island, NY - “Please Don’t Go,” Mike Posner) After getting some pandemic success with her original song “FOMO,” Kaitlyn sought to inject her unique artistic style into this MIke Posner song. She made a very understated choice with her take on the track, keeping things gentle throughout. She has a slight natural edge in her voice, but it mostly settles into that singer-songwriter vibe. We respect that she didn’t try to go crazy with runs or big notes, instead just sticking with her vision of herself as an artist. Ariana admitted to some regrets for not turning. It’s the potential she was lamenting.

(14/15, Hamilton, OH - “Never Alone,” Tori Kelly & Kirk Franklin) Individually, these girls could have contended on this show. They have such rich, full voices and know exactly who they are as singers. You can hear that church gospel influence, but with an authentic R&B vibe layered on top of it. Their maturity as young women and singers is beyond their years, sadly because they’ve dealt with bullying as biracial girls. But sometimes lived experiences can add texture that you can only get through struggle. These girls are in a great place, and so ready to grow and become even more.

(23, Valhalla, NY - “Breathin,” Ariana Grande) Boy, Ariana waited until the last second to turn on David’s soft rock take on her song. It was actually a very authentic sounding interpretation, recognizable and yet fully suited for his vocal style and approach. He needs to work a bit on not singing down the barrel of the mic to minimize the distortion/feedback, but there were some very nice levels to his voice. It was great he was bold enough to take such a huge risk, and the weapons he has at his disposal, he could prove a very interesting artist to anticipate.

(22, Long Island, NY - “Damaged,” Danity Kane) Right away, Bella was up in the stratosphere with a beautiful head voice that had an angelic quality to it. She lingered there for a while, but made her way into her chest voice and it was just as magical. She brought a very cool and contemporary vibe to the song, giving it a lot of pathos. Even better, we almost believed that she felt every word of the lyrics (buried under a layer of nerves very well channeled). Her voice is surprisingly intriguing, like there are facets to it yet unexplored.

Bethenny Frankel Fires Back at Claims She Made Transphobic Comments: 'Come at Me'

“I used my Block on John because he provoked me. But in hindsight, I really wish I would have used it on Kelly Clarkson.” --Ariana (after Holly chose Kelly)

“Mama’s still got it!” --Kelly (after Holly chose her)

“Did you compare her daughter enjoying my music to playing with fire?” --Ariana (to Blake)

“I left out some kids eat poison ivy. You know, they shouldn’t do that.” --Blake

“I can hear her singing in the shower and I join in -- not in the shower, just singing.” --Janora (about her mother)

“That was shocking. I am shooketh.” --Kelly (after Kaitlyn picked Blake)

“The Voice” continues Mondays and Tuesdays at 8 p.m. ET on NBC. 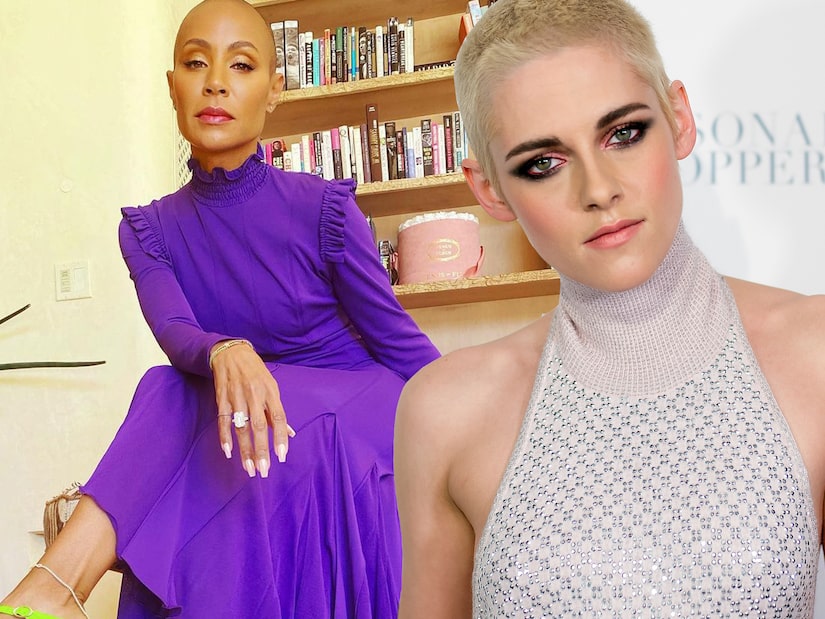