Salma Hayek Reveals Why Her Breasts Have Grown: 'My Boobs Were Smaller'

A lot of people say I had breast augmentation, I don't blame them. Anyone who's been in the public eye for more than 25 years is going to look .. 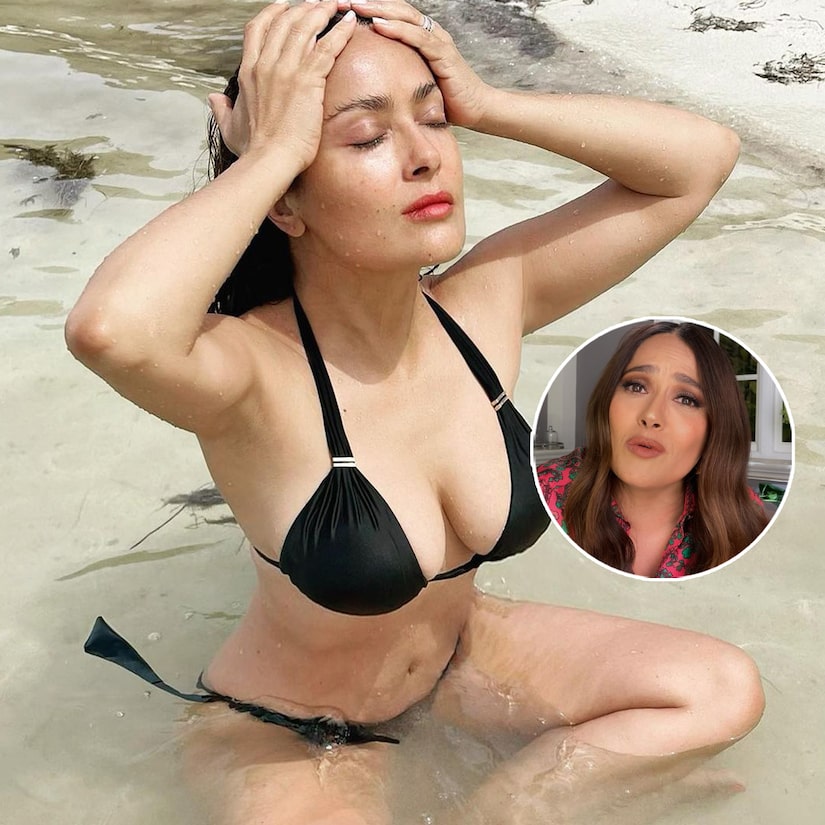 "A lot of people say I had breast augmentation, I don't blame them."

Anyone who's been in the public eye for more than 25 years is going to look a little different as the years go by -- but Salma Hayek knows one area of her body has gone through an especially noticeable change.

During an appearance on the latest episode of "Red Table Talk," the 54-year-old actress opened up about going through menopause and the unexpected side effects its had on her body. Specifically, her chest.

For Hayek, "it happened in every single step."

She noted that "a lot of people" have accused her of undergoing breast augmentation over the years -- with Hayek adding, "I don't blame them, my boobs were smaller."

"So was the rest of my body," she cracked. "But they just have kept growing. Many many sizes. And my back has been really suffering from it. Not a lot of people talk about this."

In another preview clip from the episode, Jada Pinkett Smith and Hayek recalled their failed auditions to play Trinity in "The Matrix."

"We were one of the four finalists for 'The Matrix,'" said Hayek. "We had jumped through many hurdles and screen testing and many auditions, and they brought these stunt coordinators from Asia, and it was the physical test."

"Now I'm flexible. I'm agile, but I'm lazy," the actress continued. "I never really went to the gym and they said to me, 'You have to run,' I go, 'To where?' 'Around, you have to run around.' I couldn't even go around the room once."

Then, she recalled, in walked Jada, who Hayek said was a "mean, lean, sexy machine."

"Oh my god, she was so good. It was so embarrassing," Salma continued. "She was so focused, she was so disciplined, she was so capable, she was so gracious. I just looked at this woman and I thought to myself, 'That's what I want to be when I grow up."

"They never called me again after that day," said Hayek, while Jada went on to win the role of Niobe in the two released sequels and the upcoming fourth "Matrix" film.