There are some people that just get in there physically. And then your body goes, 'Ahh!' Kristen Stewart described the near out-of-body.. 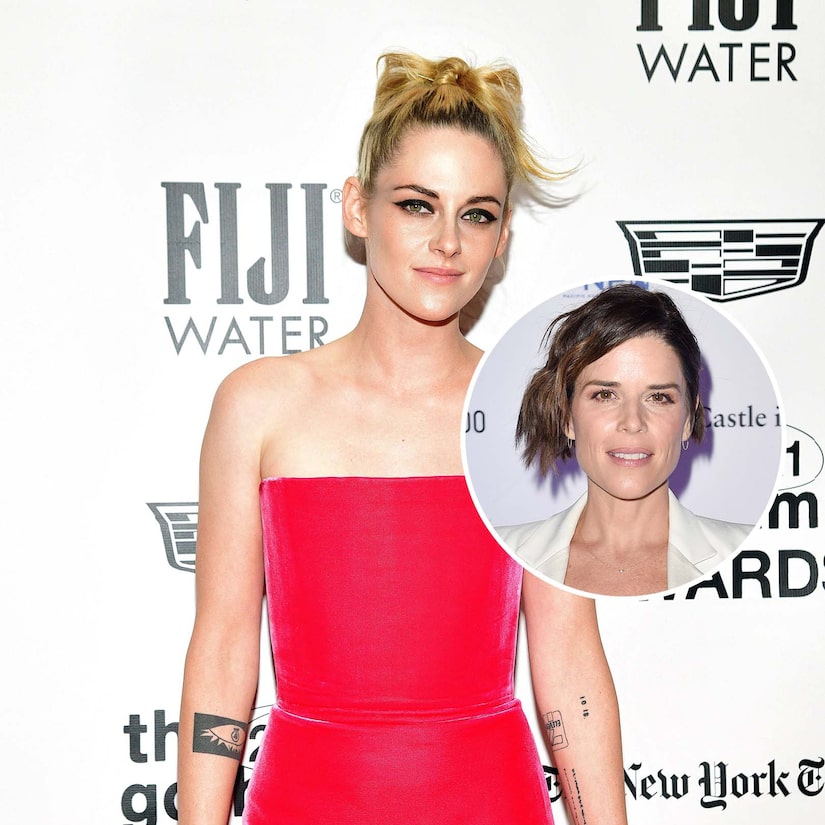 "There are some people that just get in there physically. And then your body goes, 'Ahh!'"

Kristen Stewart described the near out-of-body experience she had when she met Neve Campbell in person for the first time.

During an interview for W Magazine's "Best Performances" issue, the "Spencer" actress was asked whether or not she's ever had a moment where she had gotten starstruck meeting other celebrities. Stewart revealed that she had experienced the feeling recently when she had a visceral reaction to meeting "Scream" star Campbell at a restaurant.

"Yeah," she said. "I saw Neve Campbell in a restaurant the other day, and I looked over my shoulder and did this thing that I hate when people do [it] to me, where they look and then snap back and pretend they didn't see or something. I'm like, 'Just come say hi.'"

She explained the feeling of being overwhelmed by one's favorite celebrity, "It's funny who actually star-strikes you. It's never who you expect."

Kristen added that only a few celebrities have ever given her a "physical" reaction, "It's a physical thing — maybe you love a musician, maybe you love an actor so much, but you see them and you're like, 'Yeah, cool. That's them. They're a person.' There are some people that just get in there physically. And then your body goes, 'Ahh!'"

Stewart also got candid about how she personally navigates celebrity and being in the public eye.

"[I] have been told several times, if interviews or press become heavier, you start to feel some version of an identity crisis in the melée. When I was younger, it would always be like, well, just go out there and be somebody else," she shared. "And that is a line that is in Spencer — there has to be two of you. Sometimes you have to make your body do things you hate."

"There's just no way to do it other than your way," Stewart continued. "This sounds so contrite, but I don't know how to be someone else, which is a gift, and also I think true for anyone. That's still the version of you being someone else.”

Last year during an appearance on "The Howard Stern Show", the 31-year-old revealed that her  "favorite actors are the ones who aren't hiding."

"I know that Hollywood definitely has this bulls----y thing, naturally we're telling stories that aren't real," she added at the time. "The ones that really resonate stick. People are being honest. I think there are people throughout the years that have hidden and it's so clear, feels awkward."

Did you miss our previous article...
https://freshcelebrities.com/hollywood/academy-asks-twitter-who-should-host-oscars-and-twitter-does-not-disappoint