We went to four floors looking for it ... and, of course, he parked right by the entrance. He's Bob Saget, he's got rock star parking, jokes Ross in.. 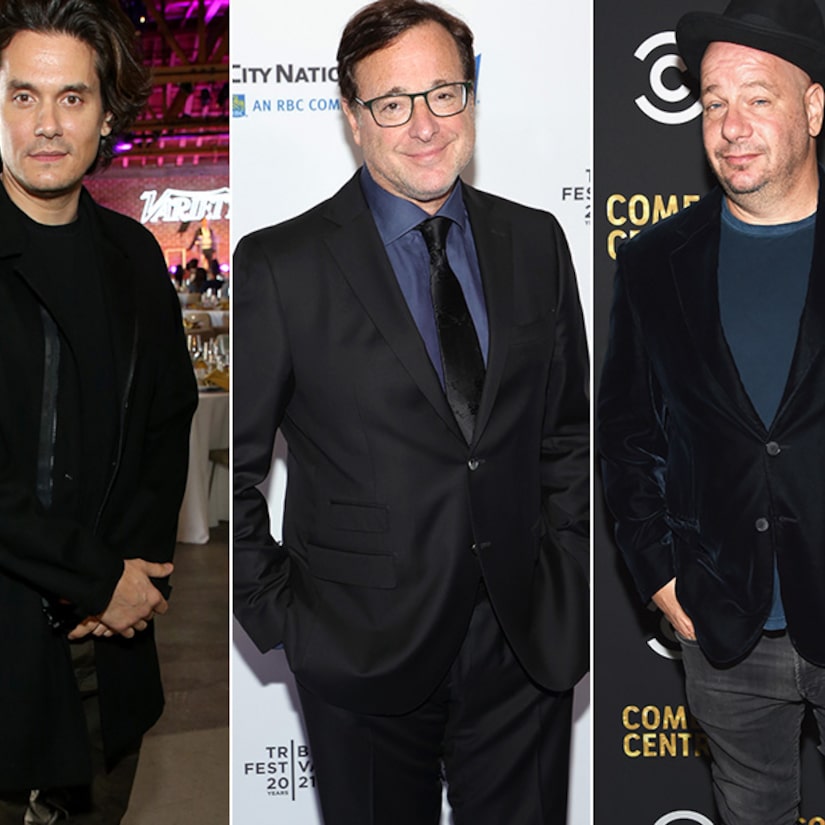 "We went to four floors looking for it ... and, of course, he parked right by the entrance. He's Bob Saget, he's got rock star parking," jokes Ross in their impromptu 25-minute eulogy.

Not only did John Mayer and Jeff Ross prove themselves incredible and gracious friends to the late Bob Saget, they offered a beautiful eulogy to one of America's most beloved comedian, turning a mundane task into something special.

When someone passes, we often don't think about all those little details that have to be taken care of. But in a 25-minute video posted to Mayer's Instagram page, these two gentlemen took us inside a necessary responsibility as they went and picked up Bob's car from the airport.

Bob Saget passed away in his hotel room on Sunday after performing Saturday night in Florida. He'd left his car parked at LAX before he flew out, and so it was that John and Jeff found themselves there, facing an awkward reception.

"This is the only time in my life I've been honored to help out a friend at LAX," said John in the video. "The parking company was, let's just say unreceptive, to the idea that we were helping out a friend who's no longer with us." The total bill for the car was $250.

And that after they apparently spent quite a bit of time searching for the car. "We went to four floors looking for it, trying to figure out where he parked and, of course, he parked right by the entrance. He's Bob Saget, he's got rock star parking," joked Ross.

But that was the mundane details that most of us have come to expect; nothing ever seems to be as easy or straightforward as we might want it to be. When it came to Bob, though, there was one thing that was as easy and straightforward as it came. Bob was unabashedly willing to tell everyone that meant something to him just how he felt about them.

It's been said countless time since his passing how freely he told those people in his life that he loved them. Even more than his legacy as a comedian and America's Dad on "Full House," he will be remembered by so many for that continuing expression of love.

"I've just never known a human being on this earth who could give that much love, individually and completely, to that many people in a way that made each person feel like he was a main character in their life and they were a main character in his life," said John.

John said that Bob's repeated expressions of his love "is the greatest gift that he left people, because all we have is the pain of his going, and we don’t have to worry about the accounting. The affairs are in order in terms of not having to wonder how Bob felt about us."

"He ended the most benign conversations with, 'I love you,'" Jeff added.

Mayer then talked about the hardships Bob endured throughout his life, including the loss of his sister to scleroderma in 1994 and other family members too soon.

"He had every excuse under the sun to be cynical, to be upset, to be distrusting," said John. "[Instead], he laughed and he spread joy and his protest against the cruelty of these things was that he was going to smile, and spread love, and be childlike, and be innocent, and be loving."

One thing Jeff noted, and has been seen in the wake of Bob's death, is the connection he had with his Tanner family from "Full House" and "Fuller House." "he somehow took his TV family and made them his real family, which is unheard of," he pointed out. "There's going to be something missing for a long time."

The entire message is unfiltered love and affection for a man who lived his own life unfiltered and filled with love. There will be eulogies from friends and loved ones to come, and there have already been beautiful message written and spoken, but there is something special about these two friends sharing their story from inside Bob's car.

Did you miss our previous article...
https://freshcelebrities.com/hollywood/american-idol-season-20-trailer-reveals-new-platinum-tickets-alums-to-replace-bobby-bones