Teigen captions a raw photo of her grief from the hospital with a message of love and painful remembrance of the son she didn't get to take care of. .. 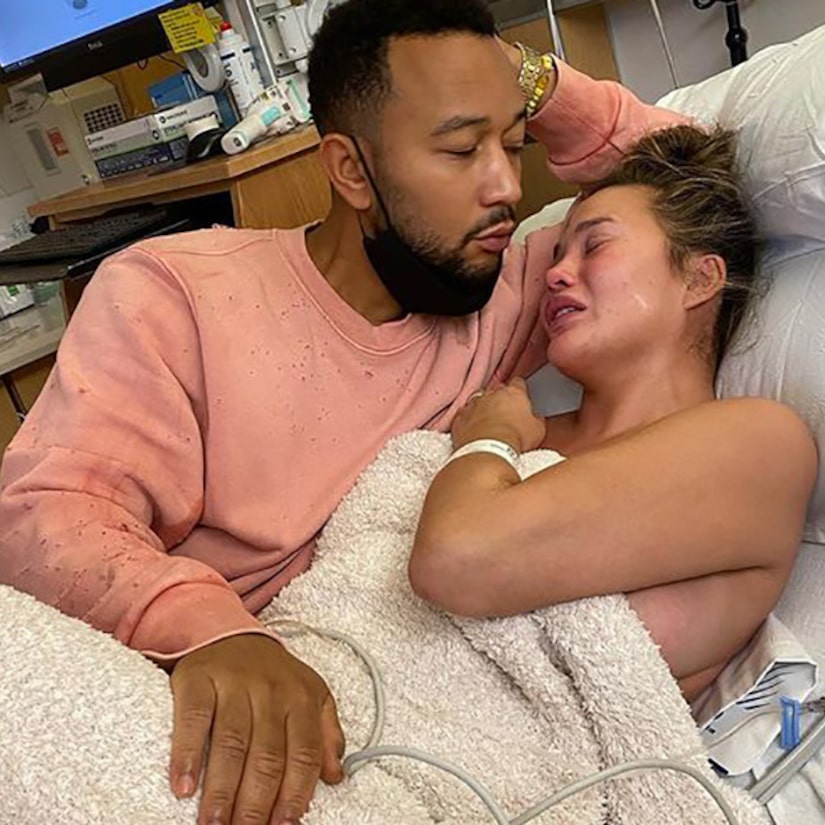 Teigen captions a raw photo of her grief from the hospital with a message of love and painful remembrance of the son she "didn't get to take care of."

Chrissy Teigen took the time to commemorate National Son's Day with a post honoring her son Miles with John Legend. She then followed that up with a gut-wrenching post in honor of "the son we almost had."

For National Daughter's Day on September 25, Teigen had shared a post for Luna. And so, with Son's Day on the 28th, she followed that up with another one for Miles, joking in that caption, "if he grows up and sees I posted for daughter’s day and not son’s, will he be mad? are these going to be the grievances our kids have??"

She followed up that sweet post with a remembrance of Jack, the baby she and Legend lost  a year ago. Teigen first opened up about the tragic miscarriage in a post on September 30, 2020. Now, a year later, she shared that she still struggles with that loss, even as she feels it gave her a strength she never knew.

Alongside a raw and heartbreaking picture of Teigen grieving their loss from the hospital bed, her caption spoke directly to the baby they would have named Jack.

"A year ago you gave me the greatest pain I could ever imagine to show me I could survive anything, even if I didn’t want to," she wrote. "I didn’t get to take care of you but you came and went to get me to love myself and take care of myself because our bodies are precious and life is a miracle."

She then opened up about the grieving process, adding, "They told me it would get easier but yeah, that hasn’t started yet," before singing off with a message for Jack that his parents love him forever.

Just prior to sharing this message, Teigen revealed in her Instagram Stories that she hadn't been able to sleep due to remembering what was happening a year ago. She also appeared to lash out at those attacking her through her social media accounts.

Without specifying what or who she was referring to -- if there are any specific targets -- Teigen wrote, "I didn't sleep at all last night, as John can attest. I was up sick, sobbing, as my phone popped up the memory of being in the hospital exactly 1 year ago, losing our baby. So maybe I'm a little sensitive today but f--- off."

She followed that up with a second slide where she added, "Why people follow people they hate us [sic] beyond me."

You can check out Teigen's tributes to Miles and Luna below:

Did you miss our previous article...
https://freshcelebrities.com/hollywood/former-bachelor-lead-jesse-palmer-to-replace-chris-harrison-as-host-of-the-bachelor