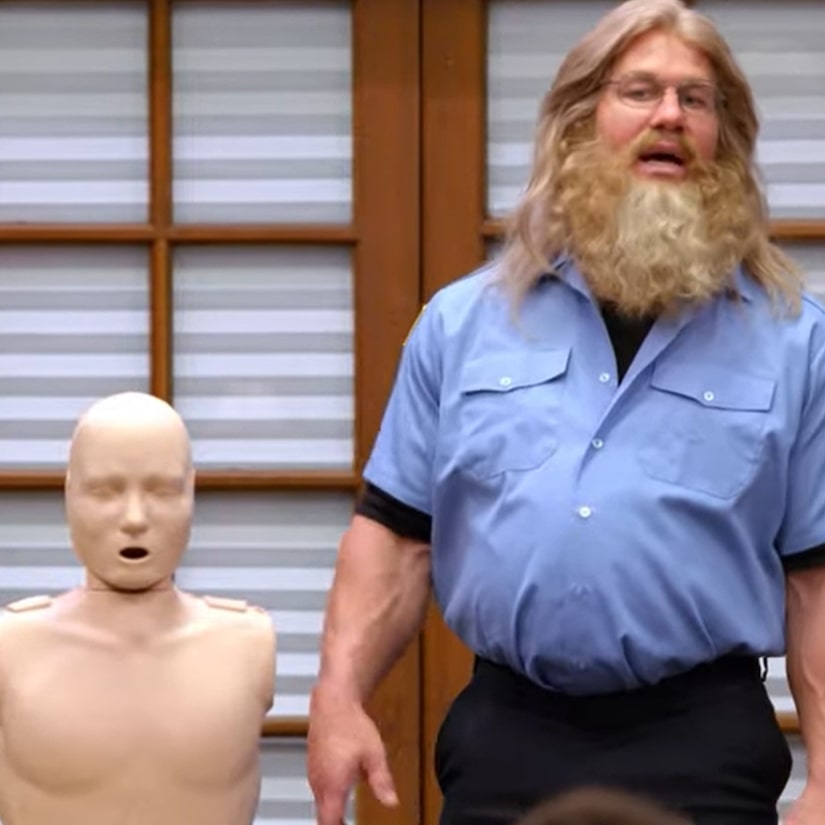 8-year-old Jaxson Demsey of Hazleton, Pennsylvania saved his 20-month-old sister Lelia's life this week -- and John Cena's appearance on the Nickelodeon show "The Substitutes" can take some of the credit.

"We were driving to my haircut, and I noticed she was starting to choke from a chicken nugget from McDonald's," said Jaxson, via CNN. "I told my dad to pull over. Then I was starting to pat on her back, and it got out."

He told local outlets he knew what to do after seeing Cena in action.

"It's called The Substitutes on Nickelodeon, and in the very first episode, John Cena was on it, and in the last part, he showed how to save someone when they're choking," the boy explained.

While "The Substitutes" is a hidden camera prank show, Cena appeared on the series in disguise as a CPR instructor named Mr. Barnes. Though he may not have come across as the most competent teacher, something from the lesson was clearly somewhat educational.

"If I was by myself and Jaxson wasn't with me, and I stopped and gave her a chicken nugget, I couldn't hear her because she was choking," Jaxon's father told WNEP.

"She wasn't coughing; she wasn't panicking. She just had no air going through; she wasn't breathing," he added. "Thank God Jaxson was there because, without him, I don't know if Lelia would be here."

Did you miss our previous article...
https://freshcelebrities.com/hollywood/woman-who-sold-car-to-13yearold-for-80-charged-with-manslaughter-after-he-immediately-hit-and-ran