It was the most amazing feeling I ever felt in my entire existence. Rocking a shaved head is a major statement – especially for someone whose.. 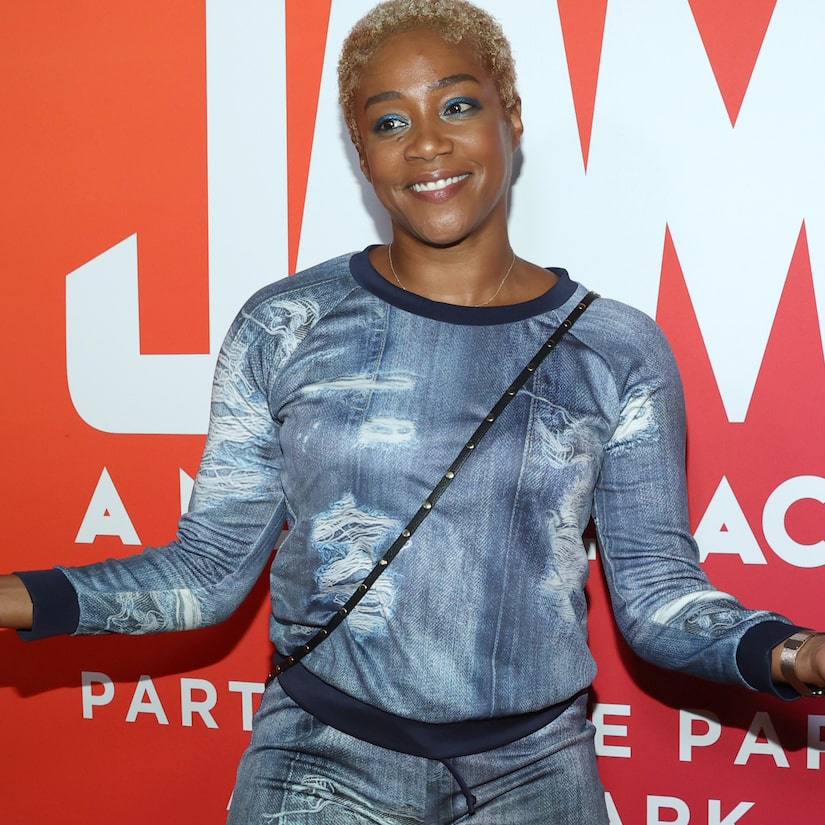 "It was the most amazing feeling I ever felt in my entire existence."

Rocking a shaved head is a major statement – especially for someone whose life is in the public eye. And when they're also a woman, it makes the move even more daring. Whenever a female celeb decides to take the plunge and chop their locks, their chic new look tends to make headlines.

While some of these stars chose to buzz their hair for a role, many also have other empowering personal reasons behind their decision. Whether it has to do with spiritually, a good cause, or just curiosity, one thing is for sure – these stars all looked amazing with their shaved heads!

Read on to find out why these celebs shaved their heads...

Tiffany Haddish decided to shave her head during the pandemic, a time she knew there would be no upcoming events or red carpets. She explained that the idea stemmed from her growing religious involvement and helped her fall in love with herself.

"During that pandemic, I started reading the Bible more, the Torah and everything was talking about 'Know thyself.' And that kept resonating with me. I'm like, I don't know what's going on my head, I don't know what kind of scalp I got…When I felt my head, I never felt that sensation in my life. It tickles. And it was the most amazing feeling I ever felt in my entire existence...I started to fall in love with myself. God did a good job putting me together," Tiffany said on "Red Table Talk."

Jada Pinkett Smith had been considering shaving her head for a long time before actually making the decision this year. During an episode of "Red Table Talk," Jada says she was encouraged by her daughter Willow and after going through with it, felt so much more connected to herself and "the Great Divine."

"It was a mixture of a spiritual calling and also going, at some point, your hairline is going to be back here ... so we might as well just do it now. So it was taking that leap. But so many things I've discovered about myself. It's been such a freeing ... so much just lifted off of me. The time is now ... I had been talking about shaving my head for a while. It was just time. I was just ready for that kind of expression and release. I'm so glad I did it, it was such a beautiful experience and such a freedom," Jada said.

Halsey has shaved their head on several occasions but the first time they chopped their tresses in 2016, it had a lot to do with their biracial identity.

"Hair has also been a big indicator of racial issues in my life. It's one of the ultimate symbolic struggles for women of color. Shaving my head was important to me because I needed to be able to prove that I could still love myself if I did it," Halsey told Nylon.

Kristen Stewart says she always wanted to shave her head and when she was cast in "Underwater," it was the perfect excuse to do so. Not only was it more practical for her role in the film but she also felt like it was an amazing change for herself.

"I'm doing a movie in a couple of weeks called 'Underwater' and I play a mechanical engineer who is working on an oil rig on the bottom of the ocean floor, so for me it's practical. I mean I'm not going to be able to have touch-ups once I put the helmet on so I must shave my head! I've wanted to do this for a long time for novelty's sake, just because at some point in your life you want to be able to do that. It feels amazing," she said on "Today."

Jessie J shaved her head for a good cause! Back in 2013, the musician cut her locks off on live television in order to raise money for Comic Relief. She recently explained the decision stemmed from a dare from a fan with a rare medical condition. She even kept the look for quite some time and shaved her head again several years later.

"I want to keep it like this for a bit, yes. I look like this on my album cover. I wanted to make a statement. I feel like there's no point in shaving your head for charity if you're then going to just grow it back the next day," Jessie told Glamour UK.

When Katy Perry chopped off the majority of her locks in 2017, it was a decision made out of necessity more than style. Katy revealed that she chose to shave most of her hair because it had become too damaged from dying it blonde so often.

"I don't know if you've ever dyed your hair blonde, and too blonde, sometimes your hair falls out when you go too blonde. So, this is the way I handled it. At first it was [to salvage my hair] and then I was like, 'Oh I really believe the universe has a plan for this,'" Katy said on "The Ellen Show."

Lupita Nyong'o didn't love her hair growing up and ended up having to commit an intense amount of time to styling it in a way she liked. She spent much of her teenage years relaxing her hair, which required expensive monthly trips to the salon and weekly styling sessions. On one occasion before a trip to her stylist, her dad jokingly suggested that she should cut it all off — and that's exactly what she did.

"I was once asking for some more money to get my hair done and my dad joked, 'Why don't you just cut it all off?' And a few months later, I thought to myself, 'Why don't I?' I went into the hair salon, and I said, 'Let's cut it off.' It was almost a dare to myself: Can I live without hair? He shaved it right off. It was so scary but so liberating because I went completely bald...That was definitely a liberating stage. I had nothing to hide behind. I had my hair short for a very long time after that," Lupita told Allure.

In a candid interview, Sinead O'Connor revealed the heartbreaking reasons she originally decided to shave her head. She admitted that much of her reasoning came from childhood trauma of often being compared to her sister, whom her mother called ugly in comparison to her "pretty daughter" Sinead. Being considered pretty also had a negative effect on Sinead, who explained she felt it was the reason she was often attacked.

"When we were children, my sister had beautiful red hair, glorious red hair. That's why I'd be jealous of her. But my mother took it into her head that my sister's hair was ugly, and horrible and disgusting. And she started, when I had long hair, she would introduce us as her pretty daughter and her ugly daughter. And that's why I cut my hair off. I didn't want to be pretty. It's dangerous to be pretty, too, because I kept getting raped and molested everywhere I went. That was a big part of it," she explained during an interview with Dr. Phil.

Cara Delevingne decided to shave her head for her role in "Life in a Year" even though her agents weren't happy about the idea. She explained that she felt it was a necessary thing to do if she was going to authentically portray a cancer patient. In the end, Cara said she was very happy with the decision, saying it was "one of the most liberating things" she's ever done.

"Before I even got the project, I said to the director, 'I want to shave my head for it.’ My agents and managers were like, 'Please don't! Why would you do that?' When it's a part like that, especially when it's about cancer. I needed to feel what it would be like to have no hair. The way you look, I think, it's so important to feel beautiful, no matter if you have hair. It doesn't matter at all," she said during an event in Cannes.

Amandla Stenberg's journey with her hair has spanned her entire life, from the afro she wore as a child to twists to chemical treatments that damaged her locks. And when she was cast in "The Hunger Games," she was met with a styling team who had no idea what to do with her hair. It took her until she was 16 to finally find a hairstylist who knew what they were doing and helped her embrace her natural hair.

"At first I had a very big, curly 'fro that kind of became a symbol of my self-acceptance. It was me loving my blackness: It was the hair growing out of my head, so there was nothing wrong with that! As soon as I got tired of that [look] being my identity, I cut my hair shorter. I was curious how that might affect people's perception of my gender too, so I kept cutting it shorter and shorter. I wanted a hairstyle that felt less feminine...Shaving my head was wild. I felt a sense of complete neutrality. It was so freeing," Amandla wrote in an essay for InStyle.

Amber Rose says that her iconic blonde buzzcut was inspired by another celeb with cropped hair — Sinead O'Connor. Although her friends advised her against doing it, Amber said she decided to rebel and do it anyway.

"I think that I'd definitely seen Sinead O'Connor's 'Nothing Compares 2 U' video. I was inspired by her...My friends said, 'Please don't do it, Amber, you're gonna look crazy.' And, of course, me being me, I rebelled against everyone and went straight down the middle at a barber shop. Fourteen years later, I still have it," Amber told Refinery29.

Back in 2012, Kellie Pickler decided to shave her head in solidarity with her friend who was battling breast cancer. Before she began her chemotherapy treatments, Kellie joined her at the salon to get their hair cut together.

"I didn't want Summer to go through that alone. So I said, 'Summer, quit saying, 'I'm going to lose all my hair.' We're going to lose all our hair. And we're going to rock it!' Summer thought I was crazy to take this chance, in the middle of changing record labels and being on tour. Record labels want an image to market, but I didn't care about that as much as I cared about her," Kellie told Redbook. 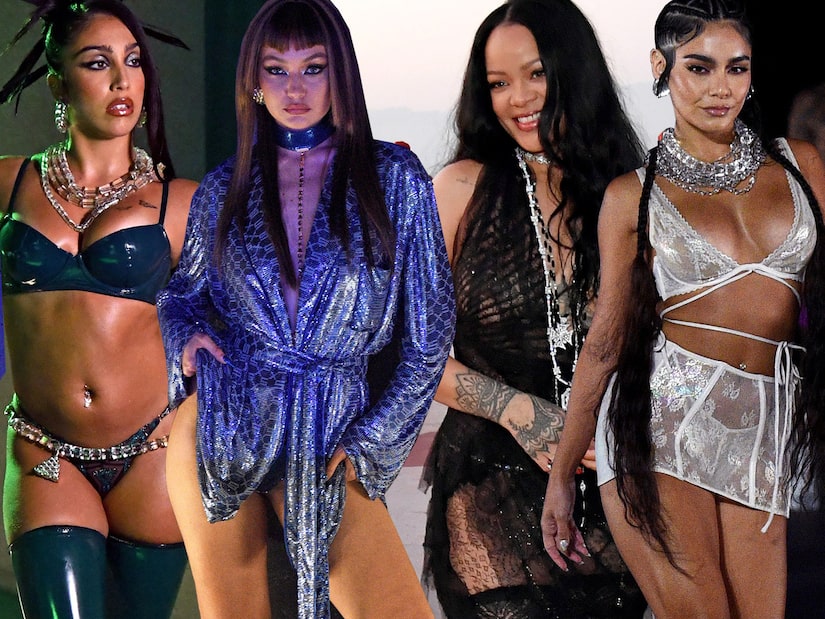 Did you miss our previous article...
https://freshcelebrities.com/hollywood/11-celebs-who-got-their-start-on-broadway